JGSW: “Sometimes you’re working on something and you know instantly: this is the one”

The talent of JGSW is as of today confirmed once again. Before the release of his debut track ‘Into Pieces’ on Art of Creation: Eternity, we spoke with the young producer, who has clearly found his own unique style. “A bit between Euphoric and Raw Hardstyle: it’s hard with feeling.”

As one of the three new faces, JGSW (pronounced ‘Jigsaw’) closes the list of new talents at Art of Creation: Eternity. Myron has been producing Hardstyle for about 10 years now, but has received a tsunami of positive reactions since he sent his track ‘Into Pieces’ on Discord to Headhunterz. “Headhunterz listened to the record and he really liked it”, JGSW previously told AOC TV and now it’s finally time.

JGSW: “Sometimes you’re working on something and you know it right away: “This is going to be it””

His adventure with the new label is already off to a good start, but the road to it was not always easy. “It’s really bizarre,” says JGSW. “Now that a few weeks have passed by, I still find it difficult to process. From the moment AoC: Eternity was announced, a lot of messages came in. For 2 hours straight, I sat with the biggest smile on my face. It even lead to a headache, since there’s so much coming at you. I’ve been busy for a long time with many highs and lows: to get where I am now feels really great.”

His first track ‘Into Pieces’ on the new label finally got released today, after it was played for the first time by Headhunterz in the Defqon.1 at Home livestream. “In the beginning, ‘Into Pieces’ was a collaboration,” explains JGSW about the origin of the track. “But before the other person could touch the project, the record was already finished. It started with a vocal that I encountered, I made up a melody under it that I quickly got a good feeling about. Sometimes you’re touching something work and you immediately know: “This is going to be it.””

So many reactions since the announcement at AOC Eternity: “Even Sefa left a compliment”

After that it took a little while. “The first concept has been gathering dust for a while, until I was tired of waiting and really wanted to get started. I soon got into the flow and nice ideas came up. At a certain point, I got stuck on the first break of the record. A good friend of mine came up with the idea to add guitars and a drum part. Once I found the right sounds, all the puzzle pieces fell into place. That rock/metal sound has now become part of my identity.”

And this identity has been embraced by the public. “I find it difficult to process how many positive reactions I have had on Into Pieces. Even Sefa left a compliment. It is hard to comprehend that you can do something in your attic room that can mean so much to people. The moment I heard my own music on the Defqon.1 stream will stay with me for the rest of my life.” 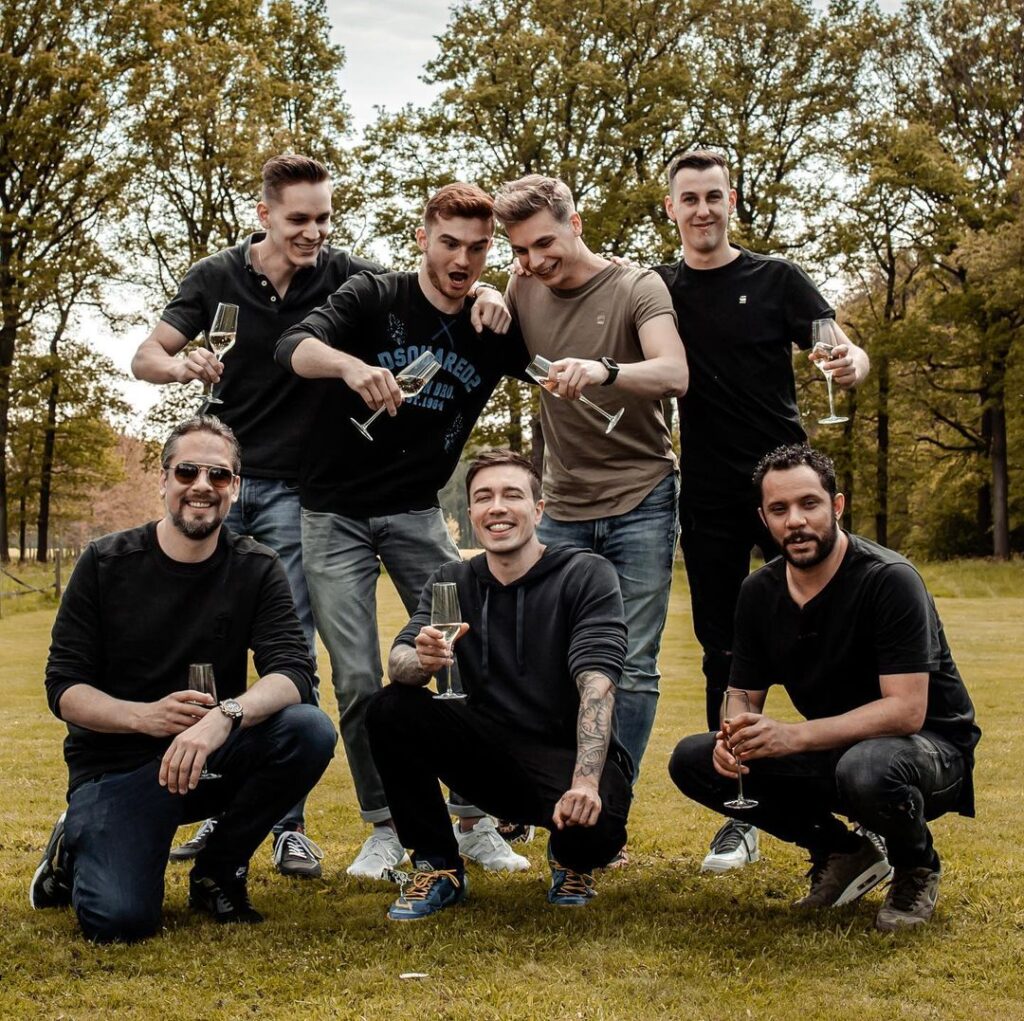 “I wouldn’t be here without them…”

If you scroll through JGSW’s Instagram page, you often come across the hashtag #rawphoric. Myron explains why this suits him so well: “I always think it’s really cool to take interesting turns with melodies and chord progressions: often it gets a bit dramatic and melancholic. With a ‘solid kick’, you can see the built-up tension is released much more intensively than with a ‘softer kick’. This way you will end up a bit between Euphoric and Raw Hardstyle. It’s hard with feeling.”

“I want to keep going with this rock/metal style. I really enjoy doing it and it gives me a lot of ideas. It can be combined very well with Hardstyle without one drowning out the other. I have a lot of different concepts for other tracks, of which a few are quite heavy and some more euphoric . The melody is centre of attention, so everything that happens around it is always a mystery.”

JGSW’s adventure at Art of Creation: Eternity couldn’t have started better. “I would like to say a huge thank you to everyone who has supported me lately, especially Marnix Kil and Tom Kroon. Through all the highs and lows, they have been there for me 24/7. Without them, I would not be here.”

‘Into Pieces’ is now available through the well-known Art of Creation channels. Follow JGSW on Instagram to keep an eye out for him and his upcoming releases.