Looking back on 99 editions of Pussy lounge with Darkraver & Paul Elstak: “There’s truly nothing like it!”

This Saturday it’s time for the 100th edition of Pussy lounge – B2S’ well-known freestyle show spectacle. To celebrate this anniversary the VIP edition will truly go all out. Together with Darkraver & Paul Elstak we looked back on the highlights of 99 editions of Pussy lounge, of which both men have visited every single one.

ALSO READ: Pussy lounge is going all out for 100th edition: “Can you handle this VIP treatment?”

Pussy lounge has already existed for over 20 years and had no less than 99 previous editions. From the Central Studios in Utrecht to the Matrixx in Nijmegen and Poppodium 013 in Tilburg – with its well known and beloved concept, Pussy lounge conquered hearts all over The Netherlands. Darkraver and Paul Elstak have been there from the beginning and are known as true Pussy lounge residents.

The very first edition in 1997: “If enough women would be there, men would follow as well”

The very first edition of Pussy lounge took place in Paul Elstak’s old club Heat in 1997. Darkraver often came here to perform and one day after closing time, they began to brainstorm about a new concept. “A party that would revolve around women, during which we would play female friendly and wouldn’t start blasting hard music until the end of the evening. Because, if enough women would be there, the men would follow as well”, so Steve tells. 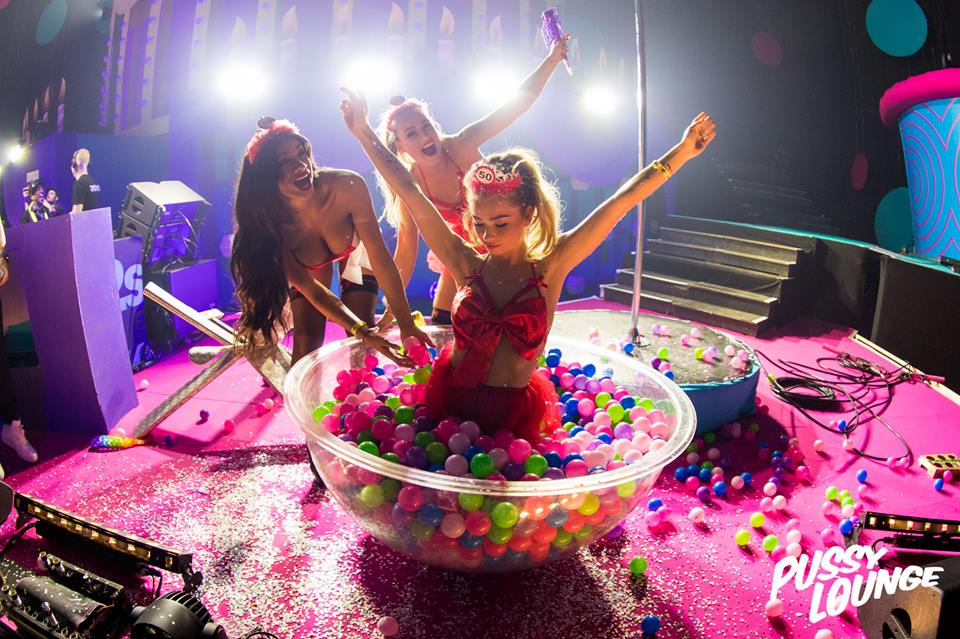 Amazing growth of Pussy lounge: “There’s truly nothing like it these days!”

The concept of Pussy lounge grew soon into success, what of course could have been expected. Hard beats, an amazing atmosphere and beautiful women ensured every edition was a great party! If you haven’t been to one of the 99 Pussy lounge editions, Paul can tell you exactly what you’ve missed. “It’s an evening filled with a sick atmosphere, big hits and absolute craziness. There’s truly nothing like it these days!” 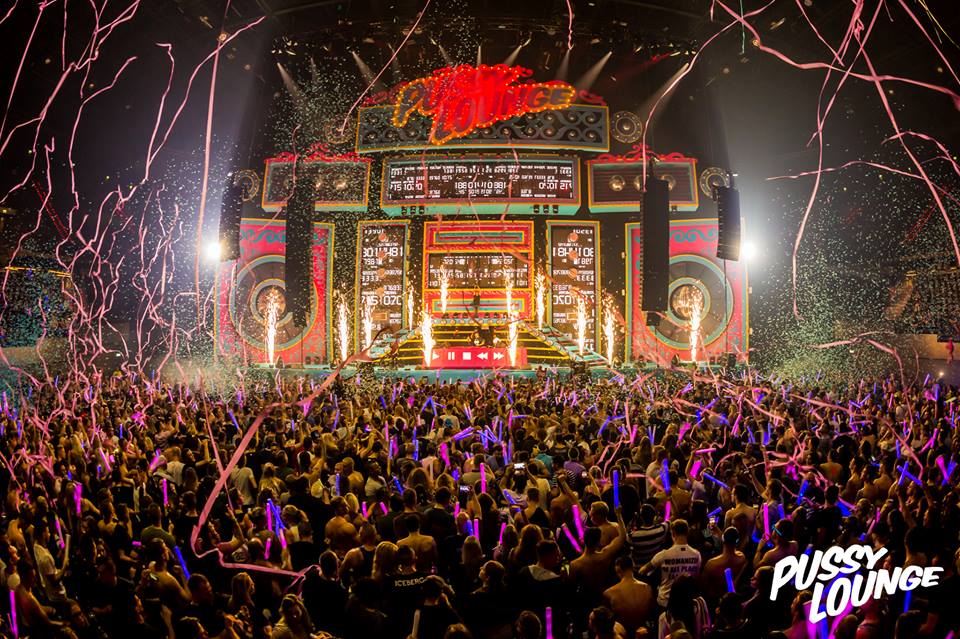 Also Steve knows how to persuade both the men and women among us: “As a man, doesn’t this speak for itself? The girls there are absolutely stunning! And for the women: we have nothing but beautiful melodies and pounding beats which will make it impossible not to move.” Describing Pussy lounge in 3 words is therefore easy to Darkraver: “LET’S GET CRAZY!”

Freestyle within the hard dance scene: “It would be great if people looked for our roots & fun more often”

As the years passed by, these phat beats also got its own movement: the freestyle genre. During a Pussy lounge spectacle, it’s all about this musical genre. According to Paul it represents a complete variety of the harder styles: “The best tracks coming from different genres. Therefore, as a DJ you can variate a lot, and of course hits deliver an outstanding atmosphere!” Steve adds: “Everyone can interpret it differently. There are no limits, you can do everything you can think of…” 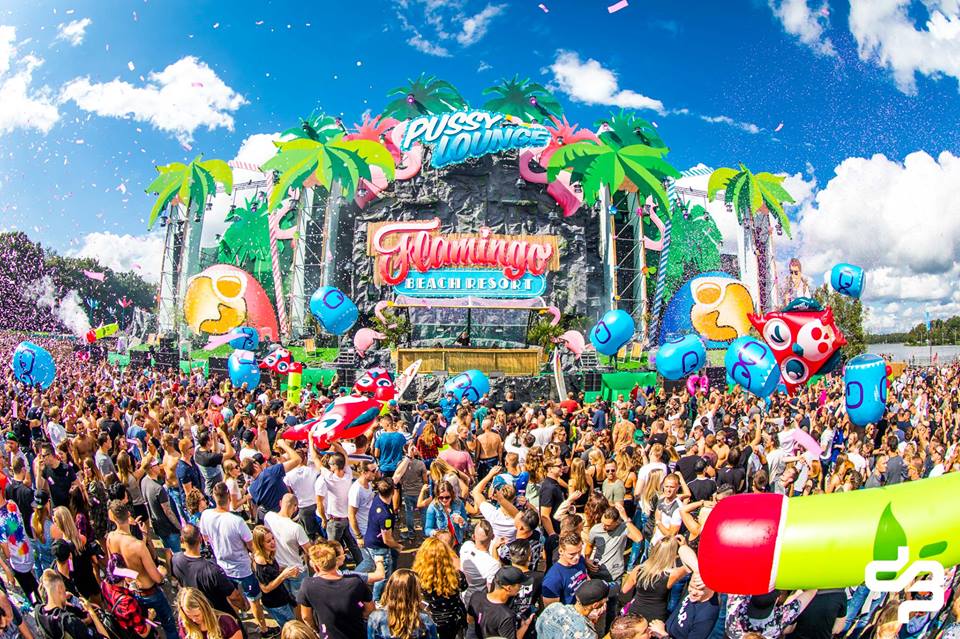 By now, a lot of other (and way harder) subgenres have joined the party as well. “The scene has gotten a bit serious and hard, so freestyle doesn’t fit everywhere anymore. Of course it’s like one crazy mix of everything, but it would be nice if people looked for the roots and socializing more often – instead of non-stop heavy destruction haha”, so the Godfather of Hardcore (and Pussy lounge) tells.

The first Pussy lounge at the Park in 2011: “This was very special, that’s when it became serious”

Paul Elstak and Darkraver can be labeled as two true residents of Pussy lounge; the men have been playing at all the (almost) 100 editions of the event. Over the years, the event allowed them to tour throughout the Netherlands, where they experienced many highlights. Darkraver: “Without a doubt, Matrixx and the first terrain of Pussy lounge at the Park in Breda have been the most iconic locations for me!”

In Paul Elstak’s opinion, Pussy lounge at Decibel and Ahoy Rotterdam are the sickest locations. “Decibel, because it’s an outdoor edition with a huge podium and a sick show, and in Ahoy they just always go all out!” The first outdoor edition – Pussy lounge at the Park – was also very special to Paul. “Ever since then, it really got serious, so to speak.” During the following years more and more highlights took place: the first edition in Belgium, a hosting at Tomorrowland and Electric Love Festival, and of course the brand new Pussy Lounge Wintercircus.

After all these highlights within the Pussy lounge legacy, it’s almost time for no less than the 100th edition of Pussy Lounge – The VIP Edition on the 5th of October. B2S will truly go all out to make everyone feel like a real VIP. Among other things, the organisation brings out a phenomenal line-up consisting of an enormous amount of festive back2backs and a ‘Best of Pussy lounge’ set by no other than Darkraver & Paul Elstak.

What we may expect from the two men entering the DJ booth this weekend? “The very, very, very best Pussy lounge tracks of all time. And there are quite a few, so it was certainly difficult to make a selection, but I think we have succeeded; a grand mix in which every genre is represented.” According to the men, this upcoming edition of Pussy Lounge will enter the history books as “the most epic edition yet”, so you definitely don’t want to miss this one!

Pussy lounge 2019 – The VIP Edition will take place on the 5th of October in Ahoy Rotterdam. Tickets for this spectacle are still available via the official website of the event, on which you’ll also find more information.

Pussy lounge is going all out for 100th edition: “Can you handle this VIP-treatment?”

Next week, it’s time for Pussy lounge at the Park and this year the festival is dedicated to the Brazilian carnival. During this edition, a world-famous DJ…