Last weekend the biggest hardstyle indoor event of Belgium took place at the Sportpaleis and Lotto Arena in Antwerp. 20.000 hardstyle lovers were present to witness the 13th edition of Reverze. What stood out was the fact that Reverze is getting as big as the Dutch and German indoor events. Bass Events can look back at a successful edition of Reverze. Hard News was there and is glad to catch up with you.

The first hours of Reverze

After a nice carride in which we could easily have listened two DJ sets, we arrived at the Sportpaleis in Antwerps. What stood out was that it was busy early on with people who where going to Reverze. A large traffic jam caused some delay, but at half past ten we arrived at the mainstage. Mark With a K was just playing his jump/tek-sounds. Because it was very busy we decided to go to Devin Wild who was playing at the Lotto Arena. The area was crowded, but there was more space to dance. Devin Wild is an artist who I can appreciate more lately. Euphoric sounds with a heavy kick. Tracks like ‘Meltdown‘ en his new track ‘Indestructible‘ were played by the DJ. Someone to keep an eye out for.
After this amazing set it was time for Crisis Era. These two gentlemen playing a sound you either love or hate. A lot of breaks, a crazy act and a kick of 88 BPM. Who likes a freestyle hour would have enjoyed him- or herself. We made the choice to go to the mainstage for the always amazing Coone.

Representing the Belgium sound with Coone

It was time for the living legend from Belgium with a enormous fanbase: Coone. The Dirty Workz boss proved his value to the Belgium crowd. It was completely packed, but this was a set we did not want to miss. A nice lasershow, good tracks and a very enthousiastic Coone who played tracks like ‘Faye‘ and ‘D.W.X.‘. A DJ who is guaranteed to play a great set.
After his set we went back to the Lotta Arena where Clockartz were playing their set.These two best friends, who were both born in 1984, treated the public at a diverse set containing both old and new tracks. ‘Pound Your Senses‘ in the ‘Deeper inside‘ mix and a ‘Loudness Tool‘ mix made by the gentlemen were some tracks they played. A great set to connect the softer and harder side of hardstyle. 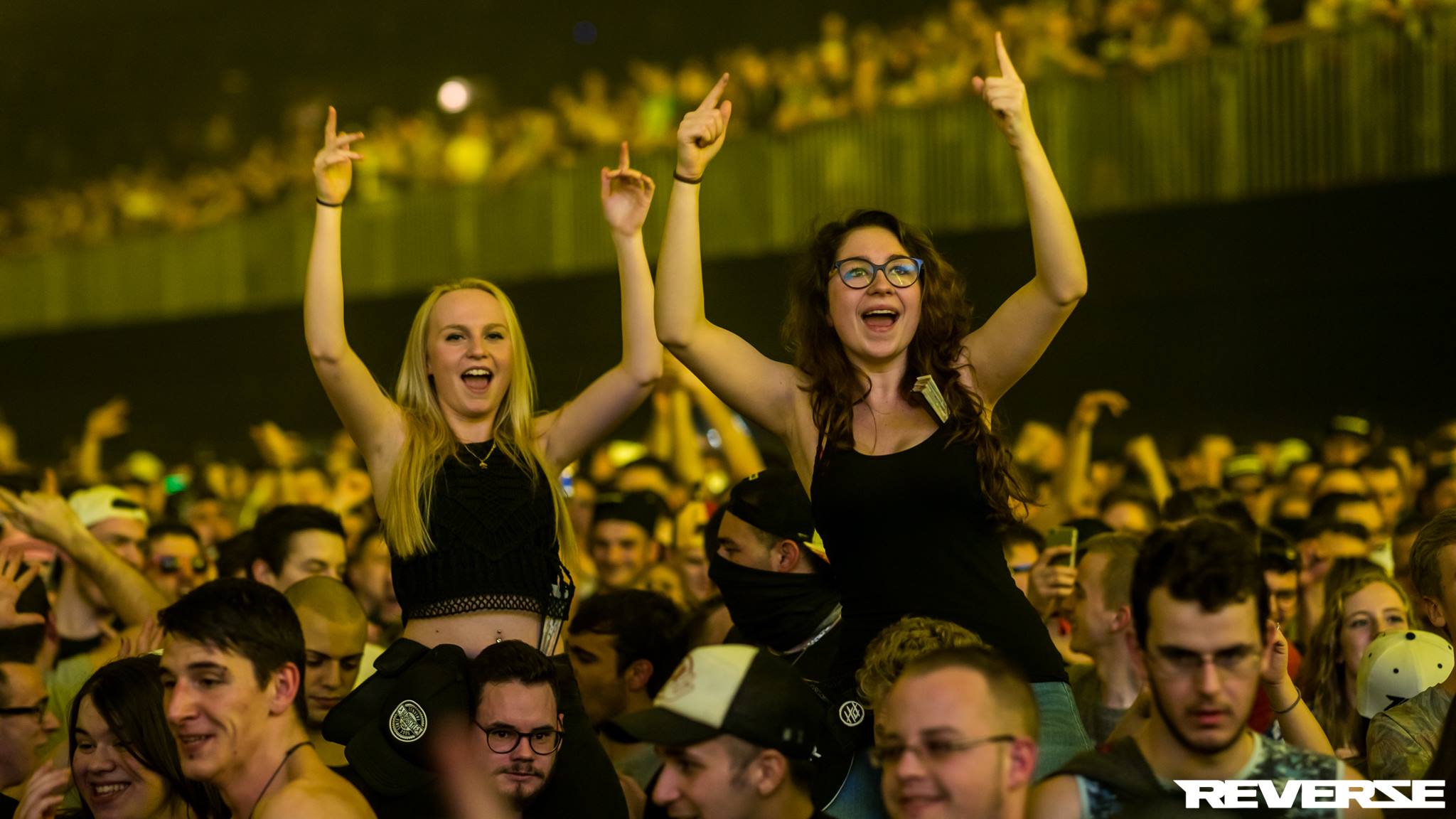 Frequencerz were next on the timetable with their new show: Stealth Mode. Extra lasers made the show more special. ‘Renegades‘ and ‘F the Industry‘ were part of the tracklist. A great set with nice tunes. Unfortunately the show was over very fast and we went to Requiem. I had not heard him in a while, so I was curious to his music. We were not dissapointed. He played some great raw hardstyle tracks you do not hear every weekend. Tracks like ‘Watch Yourself‘ – Pitcher remix and Rejecta with ‘Followed‘ came by. Just when we thought it could not be any better he played ‘High Power‘ by D-sturb. What stood out were a lot of Dutch people who were uniting in the front. it was like the jump/tek fanatics were in the main area and the raw hardstyle lovers were in the Lotto Area.

After this hero, two gentlemen entered the stage in their white doctor outfits. Sub Zero Project with their live act The XPRMNT. This was the first time I witnessed their live act and it was amazing. They played hits like ‘The Project‘, ‘Basstrain‘ and ‘Diehards Forever‘. After the ten/twelve tracks the duo played, we decided to grab some food. The food corners were nicely devided over the Sportpaleis. The toilets were arranged very nicely as well, so there were no long waiting lines. Well done Bass Events! 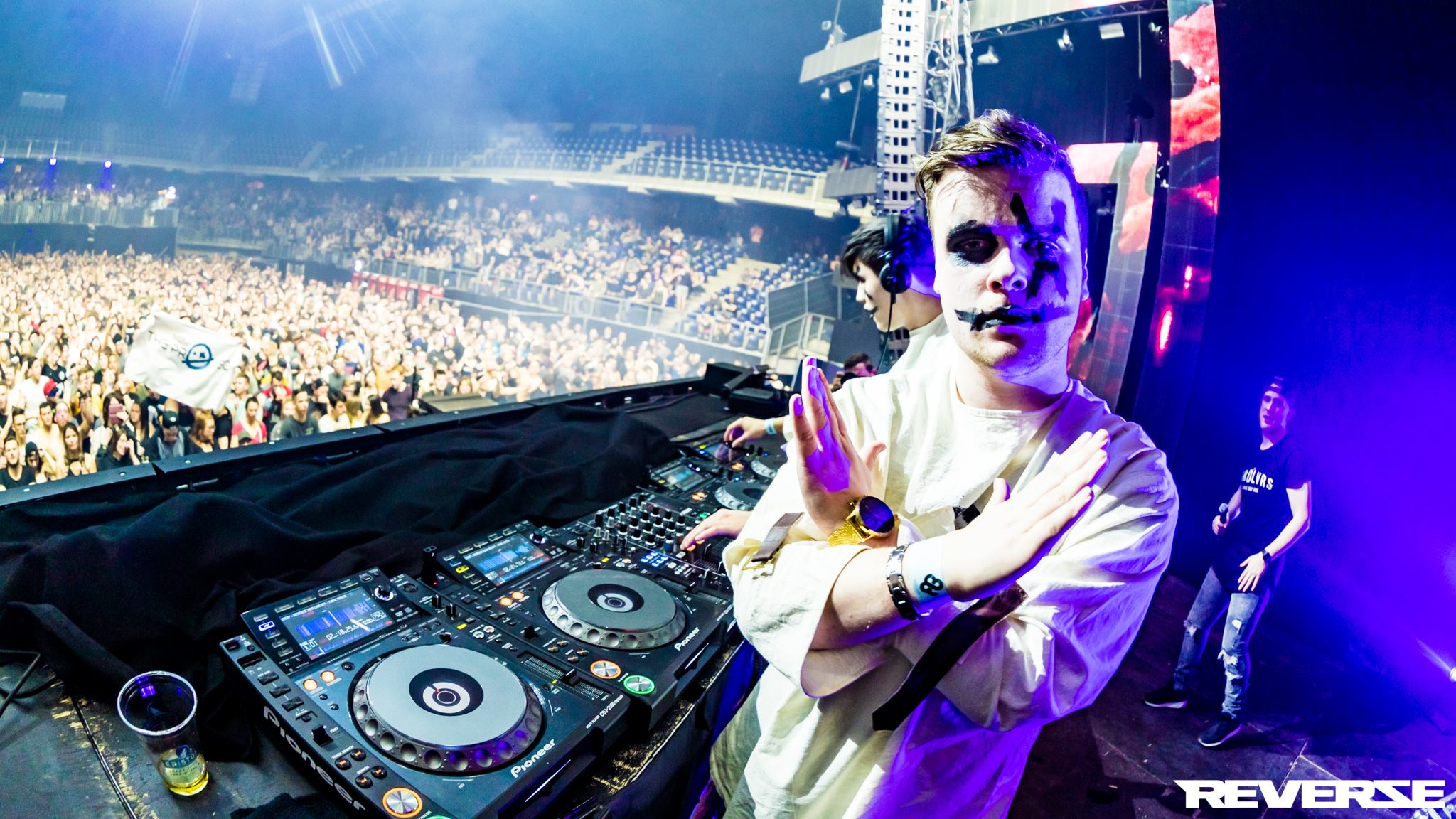 After our little break Digital Punk entered the stage. He played tracks like ‘Protest of Indignation‘, ‘Retaliate With Hate‘ and ‘Let The Games begin’. This set was loud and you could easily recognize the tempo was taken up a notch. René de Bruijn, better known as Digital Punk, played a great set with only raw hardstyle tracks. If you are talking about dark and mysterious melodies, you are talking about B-Front. He played some new tracks for the audience and tracks like ‘Fatality‘ and ‘The Paradox‘. He ended his set with ‘Mysterias‘.

The Queen of raw has returned and is here to stay

After this hard set the Queen of Hardstyle came on stage. Deetox was back on track and played her new collab with MYST: ‘Feel The Force‘. The track ‘Unstoppable‘ was played and the public was dancing like nobody was watching. To add to the fun, the Deetox and Myst collab ‘Feel The Force’ hit the decks as well. We can safely say Diana has fully recovered and has no plans to stop any time soon.

Adaro does not disapoint in the slightest

The HardBass anthem maker was ready to perform on stage. Adaro is his name, raw hardstyle is his game. He played a ton of rough tracks and when  his HardBass anthem, ‘Black Rain‘, was played, the goosebumps were unstoppable. This might be the best anthem of 2018 already, however we will find out on the 31st of December. He played his new track ‘The Voice of Fire‘. Heavy kicks and a nice tune can create a great track. We decided to go home after his set. Our legs were tired and we had a long journey back to get home. Unfortunately we missed the Sickest Squad. A great closing act. Reverze 2018 was amazing. Great sets and a crowd. Sportpaleis guaranteed an indoor event Belgium can be proud of. See you next year.

Footage and pictures via Facebook-page Reverze

Definitely an event you shoud go to. Belgiums best indoor event with great DJ’s, a huge venue and a show you could only dream of. This was Reverze – Essence of Eternity. Great sets and organisation made this party great.

In the past time, Warface and D-Sturb started some very special collaborations: this weekend, they will host the event Live For This together and recently they came…

Last weekend the raw hardstyle spectacle Shockerz took place, during which you could hear both loads of new music and big news being blasted through the Autotron….