The story of Titan: “I’ve always put my heart and soul into my music”

Last February, legend Titan announced he would put an end his musical career and officially leave the hardstyle scene after his final planned bookings. In the meantime, a couple of months later, a very final performance has been added to his repertoire: Vroeger Was Alles Beter 2019.

That’s why together with George, we looked back on his grand career, talked more about his decision to quit and of course also talked about his final performance as part of the VWAB Team.

ALSO READ: Titan is quitting: “My love for producing hardstyle has faded“

The start of Titan’s career takes us back to over a decade ago. “Way back I borrowed a Thunderdome CD from a classmate of mine, and I was truly overwhelmed about what I heard – I was sold immediately! Al the sounds and kicks gave me goosebumps all the way.” When George also got his hands on a video registration, it became clear: “Ever since the moment I saw all the gabbers go wild and I spotted Darkraver behind the decks, it was my ultimate dream to become a DJ.”

“Hardstyle gave me a feeling of joy and happiness”

As the years passed by, the genre of hardstyle found its origin and George discovered a whole new world. “Hard Bass in Tropicana Rotterdam, that was the very first party I visited. When I witnessed DJ Dana performing, I decided I wanted to make my dream become reality. Hardstyle gave me a feeling of joy and happiness. It made sure I could turn my feelings into sound, and I forgot about everything around me for a moment.” 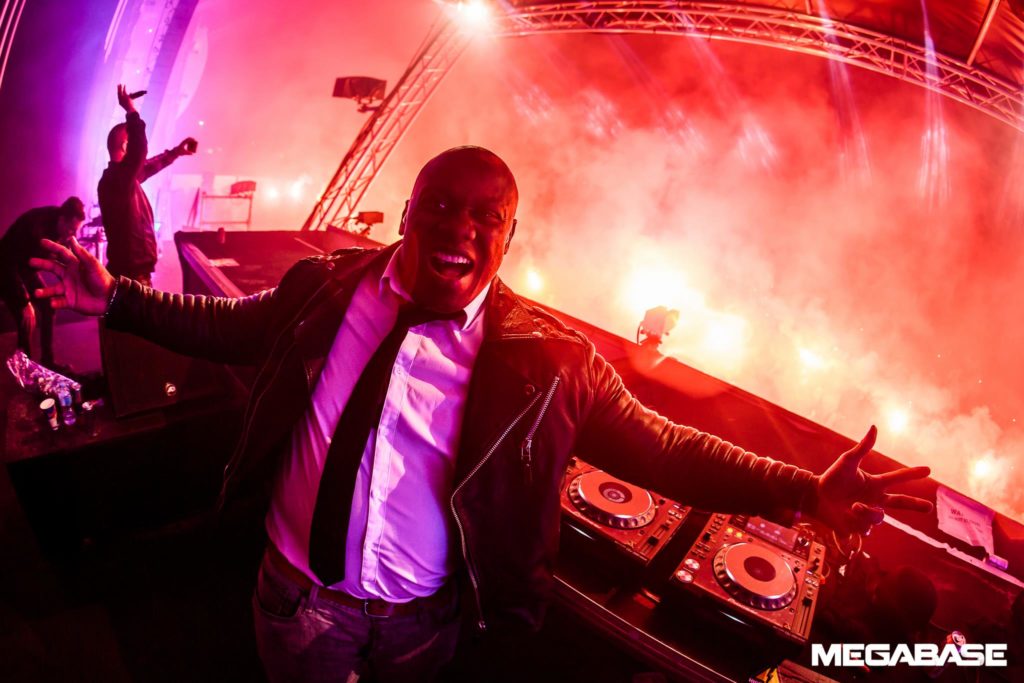 George his first big goal was to sign with Fusion Records, the label Titan eventually joined in 2010. Ever since then his career really took off. “As a DJ you want to perform at as many big events as possible, and over the past couple of years I’ve got to perform at all the events I dreamed of. I’ve had my own event, produced my own album – all of my wishes came true!”

“I’ve always put my heart and soul into my music”

Musically, Titan left a big mark on the hardstyle scene with among others his album Demolition of Silence and tracks such as ‘Nightmare’. “I’ve always put my heart and soul into my music. My music is emotion, energy and passion – Titan represents purity.” When George looks back on all his releases, ‘My Angel’, ‘Surrender’, ‘Flip Um Op Z’n Kantje’, ‘Chainsaw’, ‘Brotherhood’, ’Getting Off’ and ‘Still I Rise’ are the tracks he is most proud of.

The events listed above represent the 6 biggest highlights of Titan’s career – the performances that were just a little more special than the others. “Because of the amount of energy and drive in these performances, I became quite emotional during these sets.” George also explains his performance alongside Warface has been his best back2back ever: “We released so much energy the stage was nearly on fire! It was truly grand and the feedback of fans really overwhelmed us.”

Earlier this year however, George announced he would officially end his musical career through a personal video on Facebook – which came as a huge shock to the hardstyle community. But, how and when did the idea came about? “When my passion for hardstyle began to feel like work. When I create music with a passion, it literally flows out of me. If you do something with passion, love and energy you can get a lot of satisfaction out of it.”

At a certain point this satisfaction started to fade, and to George it began to feel more like something he ‘had to do’. “I really wasn’t happy about the pressure rising, which had a bad influence on my creativity and my love for producing hardstyle.” Titan also explains he grew a lot on a personal level, which made him unable to be a part of the current scene. “I really couldn’t level with the current political games. In the end this is why I made the decision to quit.”

“I was constantly overwhelmed with everyone’s love and appreciation”

Despite of everthing, making the final decision still was very hard. “The hardstyle scene has meant a lot to me and made sure I am in the place I am today. It’s been a big part of my life and I’ve always seen Titan as my baby. And then it was time to let all of that go…” When George made the final decision, it did also feel like a salvation of sorts.

From that moment on. REBiRTH Festival, Defqon.1 Festival and Decibel outdoor represented his very final performances. Here you could see a very emotional George behind the DJ decks. “During these sets the end of Titan came closer and closer. Every time I went on stage, I released that would be the last one for Titan… And that was painful. But, it also felt like the right thing to do.”

“The hardstyle scene was my family, and of course you look after your family”

What also stood out about these final sets, was the number of fellow artists who came to support Titan. Why Titan has such a strong bond with so many DJs coming from different genres? “I find it difficult to say this about myself, but there are artists who thanked me for where they are today, because I had a big role in it. Colleagues also say I’m always sincere and supportive. The hardstyle scene was my family, and of course you look after your family.”

After ‘The Final Closure’ at Decibel, it was announced there is one more Titan performance on its way: Vroeger Was Alles Beter 2019. Here, Titan will be a part of the ‘The VWAB Team’ together with Fusion friends Zany & Frequencerz. “With my matching appearance I was asked to join the act as Mr. T. I’ve had my doubts about doing this, since it might cause confusion about ‘The Final Closure’. I decided to do it, but for anyone finding it confusing: at Decibel I truly shared the last of Titan with all of you.“

“As a true lover you cannot miss Vroeger Was Alles Beter!”

So, at Vroeger Was Alles Beter you will be able to enjoy the Fusion Sound one last time (“only with better looks”). Titan however still remains 100% sure about his decision to quit: “The act that’s still to come is for fun, and I like to contribute for my colleagues and the organisation.” George also believes VWAB is a super sick event. “It’s a party during which you relive the old days. The atmosphere is great, the line-up is epic, as a true lover you definitely don’t want to miss this!”

To close the interview George still has a message to all the Titan fans. “I want to thank everyone for the love, support, energy and the crazy time… I can’t say this enough. I will always carry it with me and my gratitude will last forever!”

Vroeger Was Alles Beter 2019 – The VWAB Team will take place on the 12th of October from 14:00 until 01:00 at the Maaspoort Sports & Events in ‘s-Hertogenbosch. Tickets have already sold out 100%, for more info you can visit the official website of the event.

The word is finally out there: new information about the long-awaited Ran-D album has just been announced. We Rule The Night will be released very soon and the pre-order…

The word was finally out there: after a few years and over 100 performances, the brand new mini album New Dimension will represent the next step in…