Audiotricz about their merge with Art of Creation & the new album: “We have way more firepower!”

Last week it was announced the label Spirit of Hardstyle would merge with the Art of Creation label. For Audiotricz this is not the only big news, since the men will also have their first release with an album after this merge! We talked to Léon and Kenneth about this new collaboration of brands and of course about their brand new album.

ALSO READ: Audiotricz about ‘The Next Chapter’ at Defqon.1 and huge news: “We are coming out with an album!”

After a few days of massive speculation, last week the word finally got out: Spirit of Hardstyle would merge with the Art of Creation label. This brings together a collective of no less than 7 acts: Headhunterz, Wildstylez, Project One, Sound Rush, Noisecontrollers, Bass Modulators and Audiotricz. “It was very innocent at first, when Joram (Wildstylez) was at Bas’ place (Noisecontrollers). It was brought up what it would be like to combine our strengths, and create one platform out of two.”

“In this formation we have way more firepower in the scene”

The acts listed above have been supporting each other ever since the beginning. “We have always had great contact, and that’s why it was actually kind of weird we had two separate platforms”, so the men from Audiotricz explain. “The good thing is we now have combined our strengths, and that besides being friends we know have the magical trio back together again. The heroes we used to, and still do, look up to!” 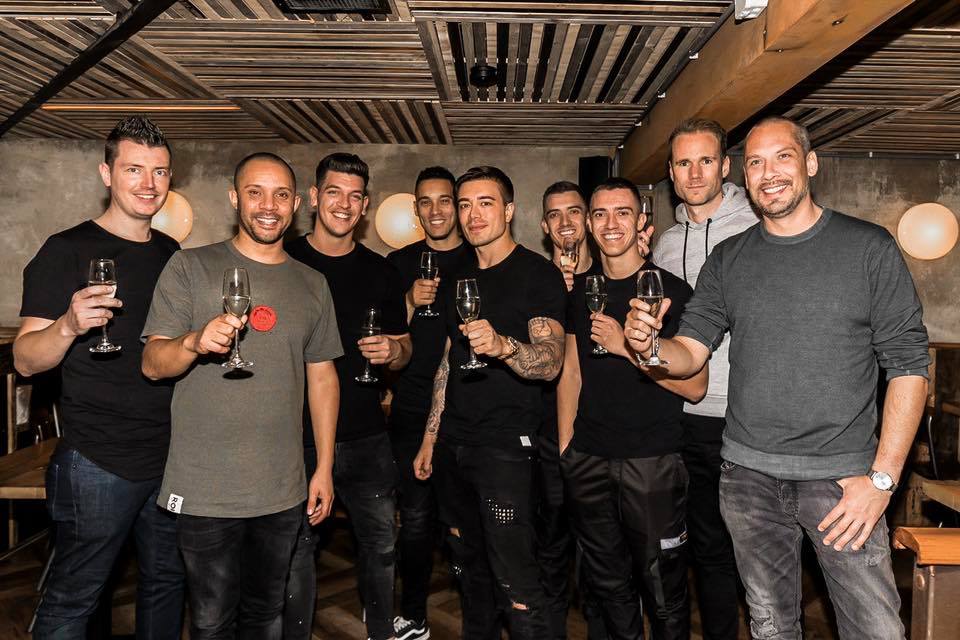 According to Léon and Kenneth, many doors will open thanks to this new merge. “In this formation we have way more firepower in the scene. Furthermore, besides Bas we now also have Willem and Joram who can support us. We are in a phase in our career now in which that’s really nice, and it also is great for our musical growth.” The gentlemen also believe it’s better for the fans if 1 platform will release consistently, “because at one point you will just know when another Art of Creation record is coming your way!“

“This gives us a lot of motivation to make sure our new show evolves even more!”

As Audiotricz the men of course had a grand year, with among others the introduction of The Next Chapter: the musical project which brought them to the RED of Defqon.1. Léon and Kenneth therefore look back on it with positive thoughts. “Everything fell into place that day and we’re very proud of what we have achieved. A year ago we kind of pictured it being this way, but it seemed so far away and hard to achieve. The fact it went exactly the way we imagined it gives us a lot of motivation to make sure our new show evolves even more!”

ALSO READ: Audiotricz announces a brand new musical project: “This will give us a new identity”

In our earlier interview the men explained they wanted The Next Chapter to bring something new and fresh to the scene, by combining the guitar with electronic music. Something they’ve definitely succeeded in: “We believe the guitar is a major enforcement to our music and it’s also very diverse. In this way we can play pretty heavy ‘rock’ parts, but we can also sound very minimal and clean!”

In the same interview, the men announced they’re coming out with a brand new album, whose release we had to wait for quite some time. “We thought it’d be a missed opportunity to drop an album, knowing we would merge one month later. We decided to wait, so we would have a good start at the label right away. And how can you do this best? Of course with an album, BAM haha!” We can therefore expect more than enough from this upcoming album… 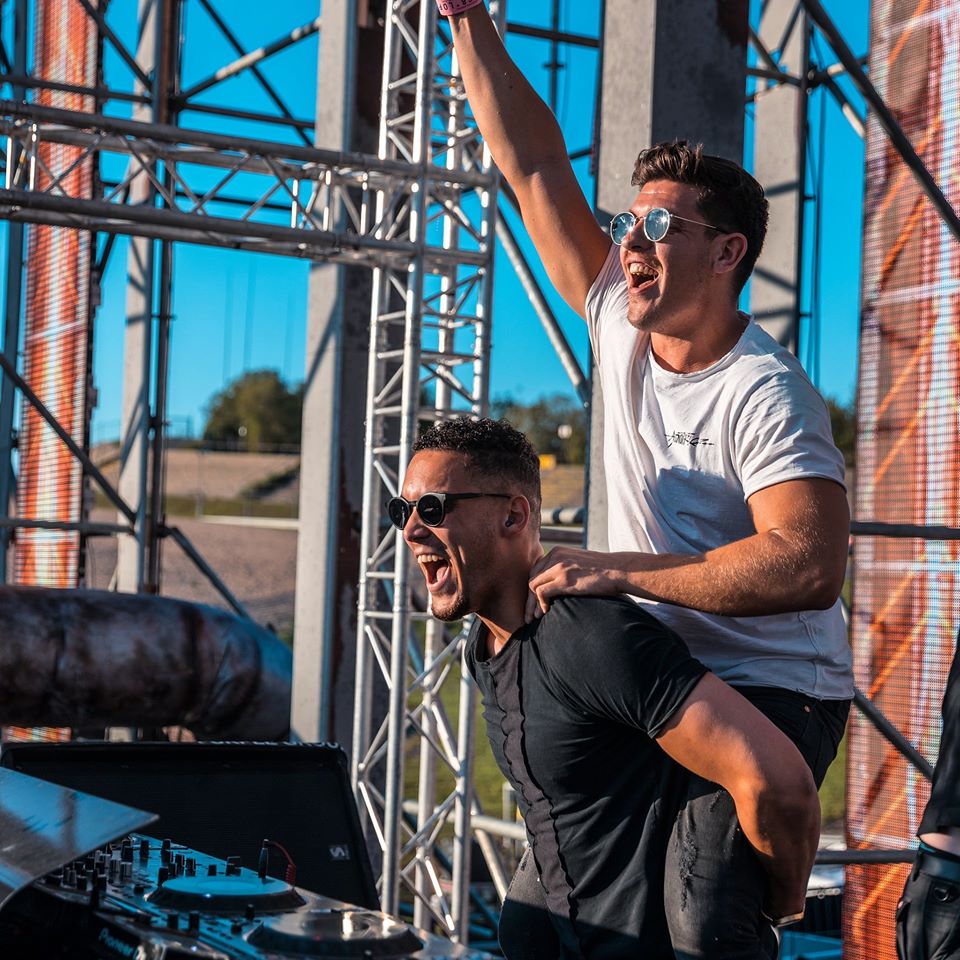 “When we were deciding for ourselves how we should continue with Audiotricz, it gave us so much inspiration that making music went back on its own. Due to adding the guitar as an element in the studio we came back in a kind of flow and that’s so awesome! It immediately resulted in a few sick tracks which don’t necessarily contain a lot of guitar, but it was mainly a difference in approach. Before, we usually started by using the piano roll of Logic Pro, the program with which we produce, but now we start on the guitar by default. Just some jamming until it feels good and then we continue things on the computer.”

Furthermore the men want to treat their fans with a lot of new music, since Léon and Kenneth are very aware of the fact they’ve been kind of quiet for a while. “We believe every artist has a phase in his or her career when things are just a little less, but we’re very excited our fire is back and you will definitely hear this on the album as well! Just like the old times, we’re spending very long days in the studio to develop our sound.” 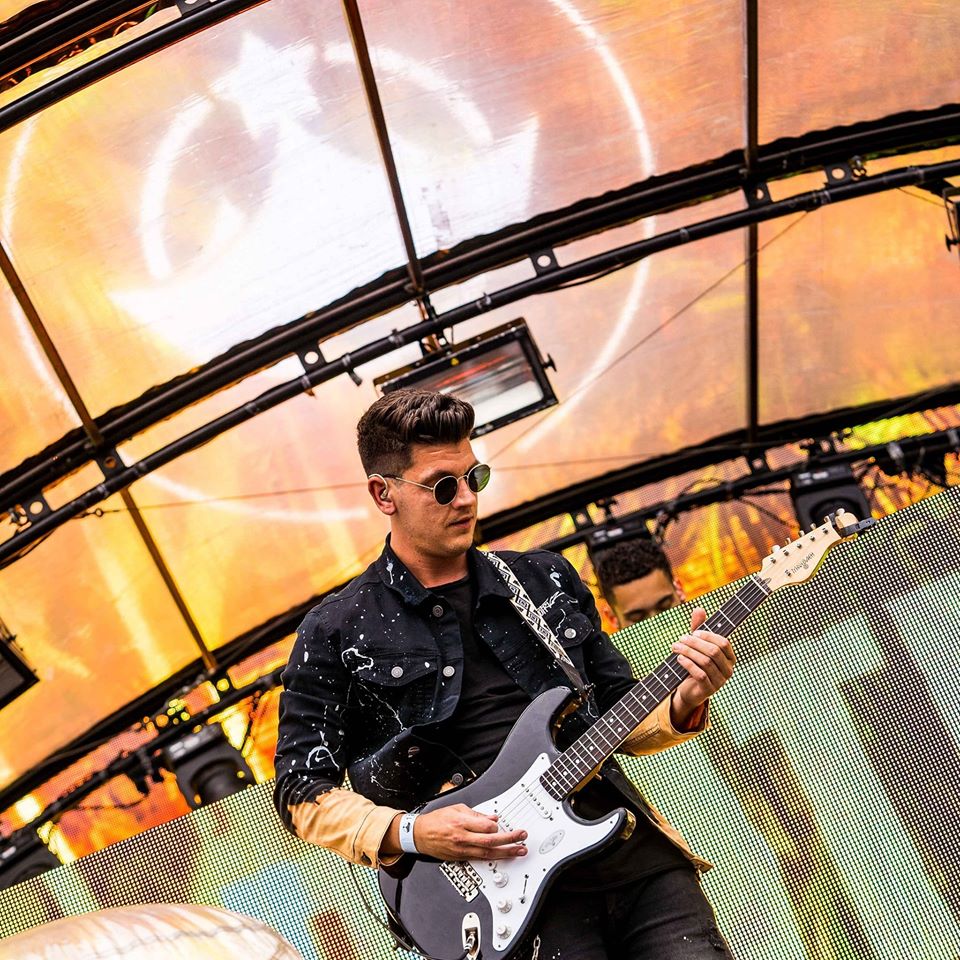 We won’t get to hear The Next Chapter sound on the album yet, because Audiotricz want to take their time for this. “Of course we flirt with the guitar a lot and nearly all the tracks have a riff, lick or arpeggio, but you have to listen really carefully haha!” The intention is also that the duo will bring back the guitar more and more in 2020, along with finding a good balance “of the sound you want from us, which will then be characterized as the Next Chapter sound.”

“Our album is a must-have if you love musical tracks”

Even though Audiotricz will of course start on collabs with Headhunterz, Wildstylez & Sound Rush, you won’t hear these on the album just yet. “Because the album was pretty much finished when the merge project began. But there are definitely collabs with other artists on the album which we are very excited about!” According to the duo, hardstyle lovers should definitely want to buy this album: “It has become extremely musical, so if you’re into that this album is for sure a must-have.“

Also for the future we can expect more than enough from the men, and there’s plenty of new music ready to be released, “with which we want to continue the Next Chapter sound – this will make our live-act even sicker! Furthermore we have to collab with everyone on the label of course, so that’ll be a big challenge. All in all we have more than enough coming, but for now the focus lies with the album which we will release in January on the Art Of Creation label!”

To be kept updated on the latest Audiotricz news, you can keep an eye on both the socials of the duo and the socials of Art of Creation. We still have to find out when in January the new album will be released.

Exactly 3 months after its inception, Art of Creation: Eternity has signed another new artist. Up-and-coming talent Final Day has just been announced as the fourth reinforcement…

JGSW: “Sometimes you’re working on something and you know instantly: this is the one”

The talent of JGSW is as of today confirmed once again. Before the release of his debut track ‘Into Pieces’ on Art of Creation: Eternity, we spoke…