Brennan Heart is coming out with a lot of new stuff lately. Besides other projects, he released a remix for two very famous non-hardstyle acts last week: Steve Aoki & Backstreet Boys. Now, Brennan Heart is working together with one of them: a brand new collab with American top DJ Steve Aoki is in the making.

Brennan Heart’s ‘Let It Be Me’ by Steve Aoki & Backstreet Boys is out since last Friday and by the looks, Steve Aoki liked what the hardstyle artist had made out of his song. Steve Aoki, who got voted on spot 10 in the DJ Mag Top 100 this year, has shared an Instagram Story, in which he announced he’s producing a track with Brennan Heart: “Working on a collab with the bro Brennan Heart!” The I AM HARDSTYLE boss re-posted the Story, but didn’t reveal any further information. Both artists are on top in their particular scene and this is the first time, these two are working together on a joint track.

Brennan Heart has just finished his own book about his career in the hard dance scene and last weekend, he hold the very first I AM HARDSTYLE event in Poland. There, the producer played new tracks, like a new song with Jonathan Mendelsohn (the singer of ‘Imaginary’) and a follow-up of the track ‘F.I.F.O.’, which is called ‘World In My Hand’. Furthermore, he’ll release a collab with another huge act out of the harder styles scene this Friday: ‘Beast’ together with this year’s world number 1 DJs Dimitri Vegas & Like Mike (according to the DJ Mag) and Ummetozcan will be released after almost two years working on it and playing it on several stages.

Debut collab of Brennan Heart & Steve Aoki in the making

Hardstyle’s getting more and more into the mainstream EDM scene and Brennan Heart is at the front spreading the harder styles by working together with the world’s most famous DJs. When the upcoming track with Steve Aoki will be heard for the first time and when it’ll be released isn’t known yet. If you want to stay up to date about news concerning this production, keep an eye on Brennan Heart’s socials. 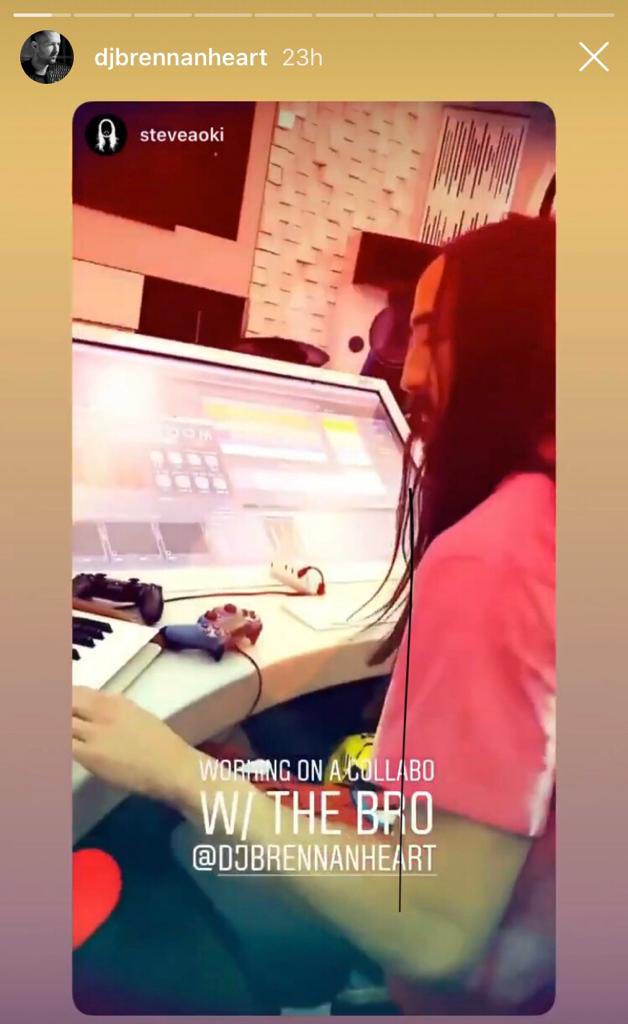 Brennan Heart & Wildstylez are coming with ‘Lose My Mind’ sequel

It has been ten years since Brennan Heart and Wildstylez released one of the most famous hardstyle records ever. ‘Lose My Mind’ became immensely popular and was…

Aftershock’s identity has been a secret for two years, but now that he’s signed to the Art of Creation label, this has come to an end. The…

Thyron moves to I AM HARDSTYLE: “With a new music style”

I AM HARDSTYLE continues to work hard behind the scenes and has acquired a new addition with Thyron. The young hardstyle DJ is not only leaving Gearbox…