It’s been a year since Noisecontrollers and Sephyx shared an unexpected photo from the studio. This was the moment when the hardstyle world was positively surprised about a collab between the two producers, with the result that ‘Youngblood – (Luvenī)’ was finally released this week. “We are really looking forward to performing and playing music again.”

It has been 16 years since Noisecontrollers started his career: Sephyx was only 9 years old then. Not to indicate that there is a respectable age difference, but rather that there is a special musical click between them. “One of my very first Hardstyle tracks that I heard was ‘Summer In The City Part II'”, Sephyx begins to tell. “And I immediately fell in love with the unique sound of Noisecontrollers and the summer vibes of that song. Then I started scrolling through his discography and heard ‘CTRL.ALT.DELETE’. I’ve been a big fan of Bas since then!”

Noisecontrollers also remembers well which song he first heard from Sephyx. “I listened to Xander’s music for the first time a few years ago”, Noisecontrollers says. At the drop of ‘Wild Love’, he was immediately sold. “I thought this record sounded dope ass and especially the kick sounded really good. When I later heard new records from Xander, I thought the kicks were very good again.” And things really got going eventually, which has now led to a collaboration: ‘Youngblood – (Luvenī)’.

The contact between Noisecontrollers and Sephyx for a collab went quite smoothly. “If you like an artist, you quickly start asking for more music”, explains Bas. “Then you start talking, but to really get to know each other as a producer, a studio appointment is the best solution. If it clicks, the next step is actually always a collab. That’s how it went with us. In addition to a unique creativity (own style), Xander has a cool mix, super sound design and vision of where he wants to go with his records. And quite honestly, it’s just my personal taste that I like his music.”

That’s music to Sephyx’s ears. “While working on the collab, Bas asked if I was interested in joining Art of Creation, which was of course a great honor for me since my three great examples in the Hardstyle scene run this label. There was already a possibility of a switch to Art of Creation with Wildstylez. However, when the pandemic started and it wasn’t talked about much anymore, I obviously had time to think about it and this was the logical next step for me. My transfer gave me a lot of motivation and inspiration for my new music, so there is now a lot of music on the shelf that will be released!”

The beginning of this was already made at Defqon.1 2019, where Noisecontrollers played the song ‘Wild Love’ by Sephyx. Xander remembers it well: “A few weeks later, Bas did a Q&A on his Insta and someone asked what his favorite kick was at the time. His answer was the mid intro kick of ‘Wild Love’. That was a great honor for me, because Bas was always my example when it comes down to kicks. I immediately went into the studio and made a set-up with that kick and sent it to Bas. Ultimately, ‘Youngblood – (Luvenī)’ came out!”

Once in the studio, the guys were able to make real progress. Noisecontrollers: “Xander had already made a plan and had already done a lot. For me, it was very easy to get in. I only had to combine my own taste and input. That went very well and it was great fun to see each other’s differences and similarities get to know the studio process.”

According to Sephyx, the vocals also matched seamlessly into the project. “I heard this top vocal line from Diandra Faye and immediately thought: “Wow! I need to have this to do something special with it!” Coincidentally, the topline fell perfectly with the setup and melody I wrote for the collab with Bas. Everything fell into place and within a few studio sessions the track was ready!” The result ‘Youngblood – (Luvenī)’ is available this week and can be streamed everywhere. 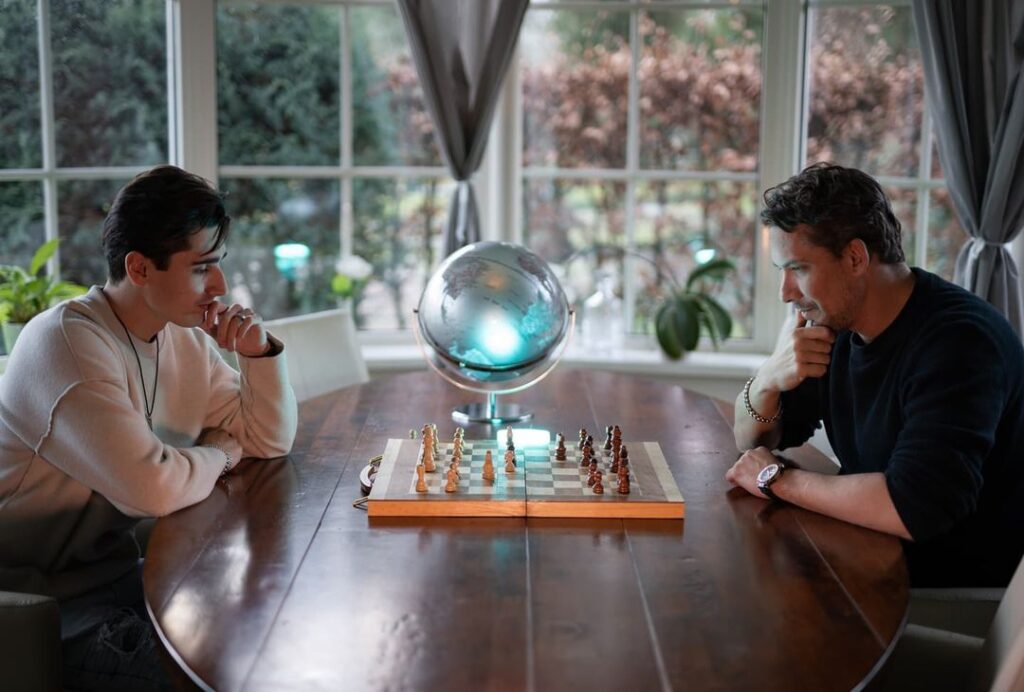 When there are events again…

It has taken a long time, but there seems to be a spark of hope when we look at (major) events. “I kept myself very calm during corona”, Noisecontrollers says when he looks ahead. “Now that there is indeed hope again, I’m back in the studio. I’m really looking forward to performing again and showing my music. I really can’t wait!”

Sephyx emphasizes this feeling and has a lot of new music ready. He was also in the studio with Headhunterz not so long ago. “In addition, I’m making videoclips for these projects, like the clips from ‘Devil In The Eyes’ and ‘Youngblood’. As most of you have seen, I’ve been incorporating guitar into my songs more and more lately and clips, so I plan to involve that into my livesets as soon as I can!”

‘Youngblood – (Luvenī)’ by Noisecontrollers & Sephyx was released this week at the Art of Creation label. Follow Bas and Xander on Instagram to stay informed about the upcoming releases.