Art of Creation label: Eternity is not even one year old, but it has now already welcomed its 5th artist with Wiqtory. When Headhunterz heard a track from the young Swedish producer, things started to roll pretty quickly. “It’s a dream coming true.”

Wiqtory comes from a small town in the south of Sweden and started producing Hardstyle about 5 years ago. He soon realized that it was more than just a hobby and so he started producing intensively. “Music is my passion”, Wiktor Frisk (the man behind Wiqtory) begins to tell. “I managed to become part of an incredible hardstyle community on Discord where I got to meet lots of people who greatly helped me with my music. I had worked really hard on a track called ‘Breathe’, which I sent to be reviewed by Atmozfears on his live feedback stream.”

Just as the track started playing, Willem (Headhunterz) entered the chat and got to hear the tune. “He was blown away and immediately reached out to me and wanted me to be part of their talent extension Art of Creation: Eternity. Being a Swedish talent, this is such a huge opportunity.”

“I’ve been waiting for this moment”

What makes Wiqtory unique is that every track holds a part of a bigger story. “Every track I make becomes part of a timeline, and every element has a purpose to portray the story. It’s a massive project, and one that sets me apart from other acts. I also consider myself a very versatile artist. I don’t stick to only producing euphoric melodies, or raw kicks. I’m here to bring you a journey through the sound of Hardstyle as I hear it.”

Now is the moment for Wiqtory to hit the stage. “I’ve been waiting for the right time to transition from a producer to an artist for years. The COVID-19 pandemic has been very difficult. But now that festival season is back, and all the parties are kicking into high gear, this was the moment I’ve been waiting for – to properly start my own career as Wiqtory.”

According to Wiqtory, he and the Art of Creation sublabel are a great fit. Within 10 months since its foundation, Break of Dawn, A-RIZE, JGSW and Final Day joined the Art of Creation: Eternity family and Wiqtory already got to know the guys. “I truly believe AOC: Eternity is the best platform for new talents to make an impact with their name. I’m happy to say that I’m friends with the other artists on Eternity. It’s a dream coming true for me, to be able to sit next to my friends, supporting each other and knowing that we represent the next generation of this genre.”

What can we expect from Wiqtory this year? Well, his very first release on Art of Creation: Eternity is already scheduled for next week, as ‘Tale of Tomorrow’ is dropping on all platforms on the 17th of May. “You can expect lots of catchy melodies, driven by story not told in words, but in musical harmony.”

And of course, it won’t be long until we see the new AOC Eternity member on stage. “I dream of hearing a thousand voices singing my music, but my main goal is being able to touch people with my music. I strongly believe that inspiration holds the greatest value. If I can make one person feel something different while listening to my music, then that is my victory. The rest of my journey will forever be that, a journey. And I don’t want to miss a single second of it. I hope that you will follow along with me.”

Wiqtory’s debut track ‘Tale of Tomorrow’ will be released on Tuesday the 17th of May through Art of Creation’s official channels. Check out his Instagram to follow the rest of his journey. 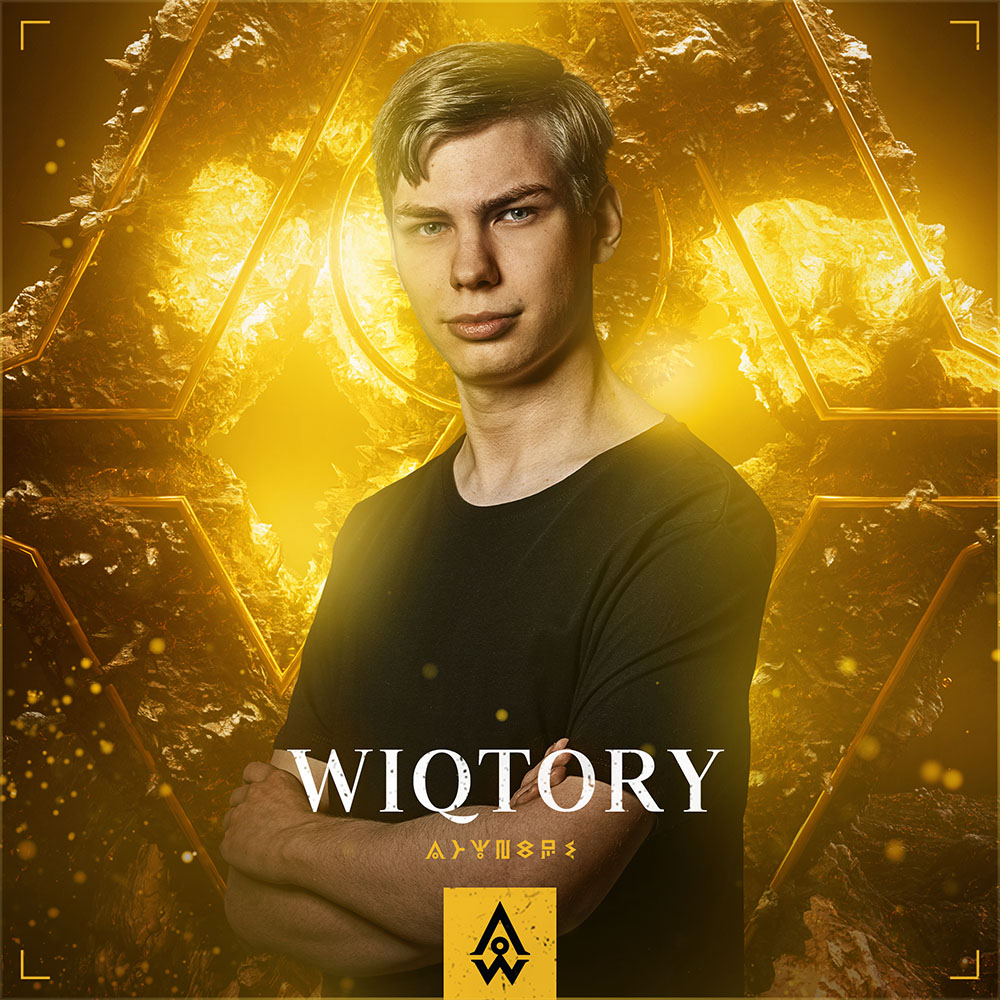 Exactly 3 months after its inception, Art of Creation: Eternity has signed another new artist. Up-and-coming talent Final Day has just been announced as the fourth reinforcement…